Yesterday I had the chance to attend an event that focused on issues of demonetization, FinTech (Financial Technology) and digital payments. Held at Thought Factory, Bangalore, it featured speakers from Byte Academy and Nidhin George, a writer passionate about FinTech. While FinTech as a domain is well defined in the West, it's still nascent and evolving in India. There's been a lot of focus on payments but FinTech is much more: investment, lending, insurance, digital currency, and so on. This obviously means that opportunities for innovation are plenty and as yet untapped. Perhaps 2017 will be the year when FinTech really takes off in India, thanks in part to the recent demonetization that has given it a major push.

While the demonetization exercise of Nov-Dec 2016 is something that had high-profile coverage, the government has been building up the case for a digital and cashless economy more quietly for quite some time now. At least, the public and media ignore them because they didn't create an immediate impact like demonetization. In the Economic Survey of 2014-15, the government introduced JAM Trinity: Jan Dhan, Aadhaar and Mobile. Let's look at each of these briefly.

Launched in August 2014, Jan Dhan scheme brings people into the banking system. Villagers who previously did not having bank accounts now do. This enables them to avail many banking services that urban folks have been used to for decades. They can withdraw cash at ATMs. They can sign up for insurances and loans. They can avail overdraft facilities. They can subscribe to pension plans. It's a big deal for folks with little education, with limited access and who have to make ends meet on a daily basis.

In the past opening a bank account was quite a pain. The main problem was proving your identity and place of residence. Aadhaar solves both these problems, although it's essential purpose is individual identity. Anyone with an Aadhaar number can easily open an account today.

The third part of the trinity is Mobile. Having a bank account for a villager makes little sense if the nearest bank is 30 miles away. Nidhin noted that there are only 14 banks per lakh of population and this number is lower in rural areas. For comparison, Columbia has 258 banks per lakh. Inclusion without convenience is a half-baked solution. Access to the banking system in a convenient as well as secure manner is important. Coupled with the fact that broadband internet penetration in rural India is dismal, mobile internet seems to be the best bet. It's most likely that India's villages will get connected via wireless rather than via broadband. Bharat Net initiative to deploy rural broadband connectivity has been delayed and it's unclear if the government's call for a PPP model is progressing. Bharat Net along with National Optical Fibre Network (NOFN) may still form the backhaul infrastructure while local last mile distribution is wireless.

Then there's the Unified Payment Interface (UPI) that has caught the attention of many. It enables digital payments from one account to another using an app installed on any smartphone. It's important to note that UPI is an interface not an implementation. This means that the sender and the beneficiary of a money transfer need not have the same app. The only requirement is that both apps should support UPI. This allows entrepreneurs to innovate and come up with interesting apps that support UPI. In fact, experts predict that apps that only allow payments will not survive. It's only apps that provide value-added services (coupons, cashbacks, bill payments, etc.) in addition to UPI-based payments that will survive in the long term. It's important to note that UPI is an account-to-account payment system. It cannot be used to pay your credit card bill, for example, which would be considered as a value-added service provided by the app.

Bharat Interface for Money (BHIM) is an mobile app released by the National Payments Corporation of India (NPCI) in December 2016. Government has taken the lead by launching this app that supports UPI-based payments. It's not clear if the government is interested in promoting BHIM because it has no incentive to do so. In any case, the early release of BHIM motivates private players to innovate faster and start supporting UPI. Most banks will have their own apps that will eventually support UPI. Small neighbourhood banks that probably cannot invest in making their own mobile apps, will simply let their customers use BHIM or anything equivalent that may come up.

What about those folks who don't have a smartphone? There are two solutions for them: Unstructured Supplementary Service Data (USSD) by dialling *99#; or Aadhar Pay. USSD is available on all GSM phones and charges per transaction are minimal. Aadhar Pay is even better. You don't even need a mobile to make payments. It's being proposed for payments at POS terminals fitted with an app and a biometric reader.

Obviously there's much more to this topic that what I have covered here. The acronyms and their meanings themselves deserve a separate post. We need to look at how UPI complements with older electronic payment methods. Finally, what will be the future of e-wallets now that UPI has arrived? These will be the focus of future articles on this blog. 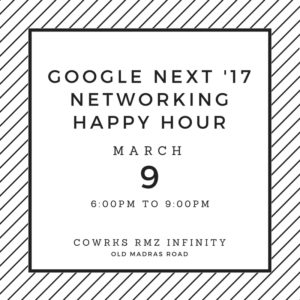 How I Won My First Blockchain Hackathon: Newbie Hacker's Guide