In the 1940's more than half of programmers were women, yet, that proportion hovers around 25% today, with many studies finding that the actual percentage of women is closer to 10% - 20%.  When big tech companies revealed how few of their female employees worked in programming  jobs in 2014, Google had some of the highest rates - 17% of technical roles were occupied by women. 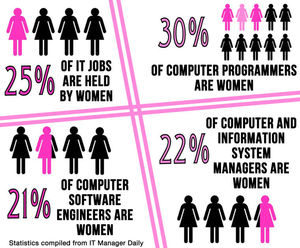 The need to address diversity in tech becomes more astounding when considering recent findings that indicate women are better coders than men.  In "Women Considered Better Coders - But Only If They Hide Their Gender" the Guardian cites a study in which software repository GitHub approved code written by women at a higher rate than code written by men, but only if the gender was not disclosed.  So why is the number of women coders so low?

Reasons may be complicated, but the message is clear: we need to get the number of women coders up.  To address this, Byte provides scholarships to all women.  Female applicants of our full and part-time bootcamps receive INR 50,000 scholarships while those considering shorter "data science mini courses" receive a discount of 15%.

Come to our open house this Sunday and learn more about our offers and support services! 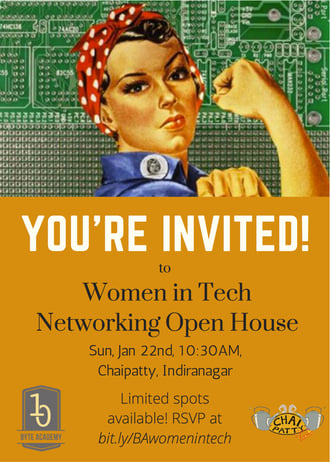 From Concept to Company – 5 Tips for Every Entrepreneur