Data Analysis: Smart Phones & Other Trends In Will Creation

Writing a last will and testament is not usually an activity associated with millennials.  However, young people are thinking differently about protecting their families, and, in turn are "disrupting" the will industry like many others. And in doing so, they are dragging Gen Xers and Baby Boomers along with them.

To understand what’s behind some of these shifting demographic patterns, researchers at InsurTech startup, Fabric, where this story originally appeared, explored trends writing a last will and testament.

Here’s what was found...

People Of All Ages Are Making Wills On Their Cell Phone

In fact, research participants created more than twice as many wills on mobile as on their desktop computers.

As you might expect, a lot of the people writing online wills are young and younger people seem especially open to making a will on-the-go: Almost 3 out of 4 people under age 35 made their will on a phone or tablet.

But it’s not just a millennial thing. Gen Xers and Baby Boomers are also using their mobile devices to make a will: 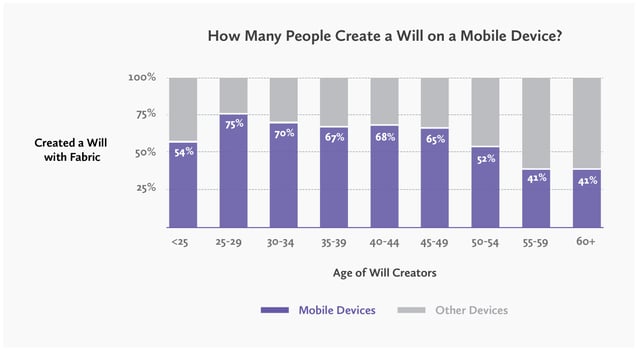 This fits with a broader demographic trend that millennials tend to adopt new technology the most, but older generations also embrace digital life.

Many create a will because they’re parents and want to appoint a legal guardian and make other provisions for their kids (more than 70 percent of our will-makers have kids under 18).

But that still leaves thousands of customers who created a will even though they don’t have young children. What’s driving them?

Before the internet age, writing a will was often a lesson in drudgery. But creating a will may not take as long as people assume. Enter the “why not” factor: The median time to create a Fabric will was seven minutes, and more than 3 in 4 people created a will in under ten minutes.

Of course, these customers also have people they want to take care of, even if they don’t have kids.

Among a sample under age 45 who don’t have young kids (and provided additional details about their beneficiaries), the most common response was that they wanted to provide for their parents, followed by their significant others. 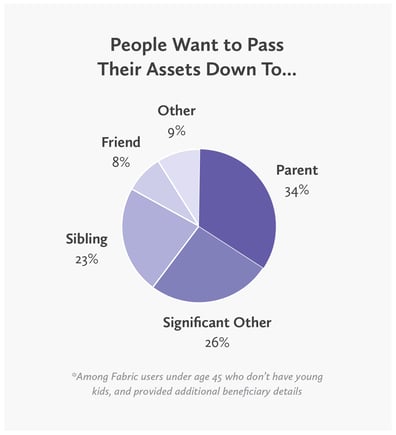 This aligns with society’s views on men’s roles compared to women’s. Men might feel more pressure to support their partners: Despite professional gains for women, 7 in 10 adults still say it's very important for a man to be able to support a family financially, whereas only 3 in 10 say the same about women.

Another possibility is that some of the men feel their partners would struggle to support themselves in their absence, while the women have more confidence in their partners’ financial stability. According to Pew Research, men earn more than women in roughly two-thirds of couples that are married or cohabitating. 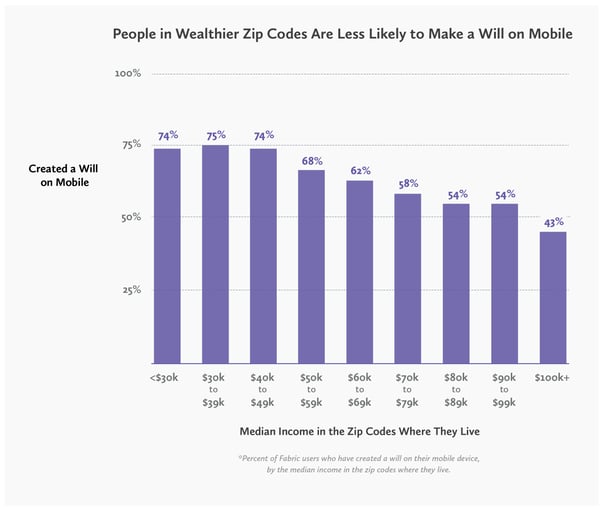 Another possible explanation is that wealthier people have more complicated financial needs and feel more comfortable hunkering down in front of a computer to think through the ins and outs of writing a will.

By enabling people to use the technologies they want--like smartphones-- there is more accessible way  to help all Americans protect their families.

Women are creating wills in higher numbers, and doing it on mobile.

Among people who made an online will with Fabric, almost 8 in 10 are women. And women write a will on their phones about 55 percent more often than men. 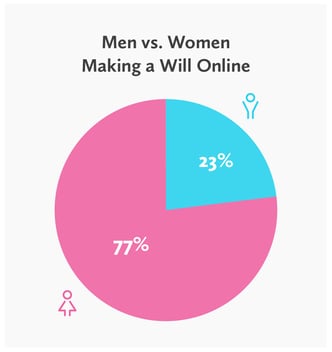 Maybe it’s because females are 35 percent likelier to have kids under 18 than males (whether because women in dual-parent households tend to make a will more frequently, or because women are more often single parents than men), so they have more impetus to create a will in the first place.

Or maybe women are using their phones more because they tend to have less free time than men, a difference that persists between mothers and fathers, as well.

Another possible reason for women’s comfort doing serious estate planning on their mobile devices is that they adopt technology more readily than men.

If you have kids, it’s important to designate a legal guardian when writing your will, as this is the person who’d take care of your children if you were to pass away.

On the whole, 62 percent of parents with young kids choose a woman as their kids’ legal guardian. Both genders choose women, though female will-makers are almost 25 percent likelier to choose other women. 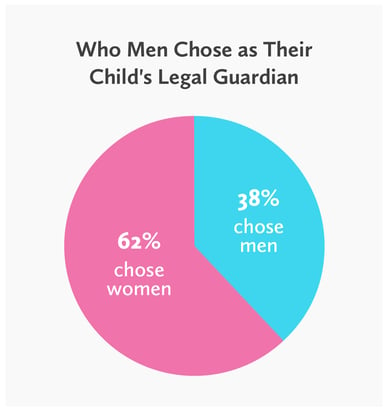 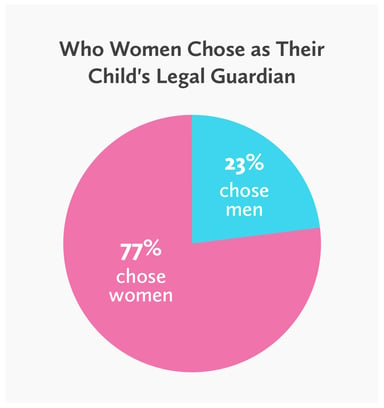 . . . And Those in Wealthier Areas Choose Women More

We can’t say why people in affluent areas tend to designate women more frequently, but one hypothesis is that the gender wage gap persists across all industries, meaning that women make less than men at all levels. In higher income brackets, this may still be enough to support a child. But, perhaps, when people in lower income brackets think about those they know who could afford to raise an extra child without an undue burden, the answer is more frequently male.

Comparing Habits Around the Country

Michigan had the highest rates of people creating a will on mobile (among states where at least 200 people created a will), with 3 out of every 4 Michiganders making a will on a mobile device.

Following closely behind, 71 percent of Arizonans and 70 percent of Tennesseans created a will on a mobile device. 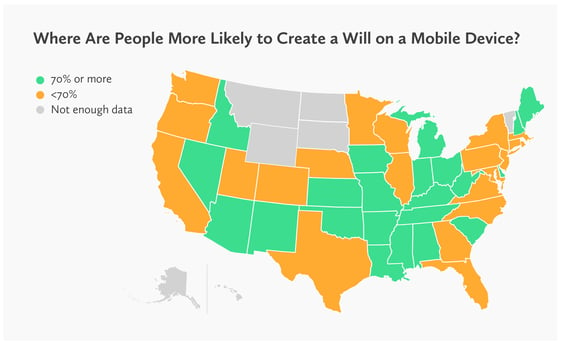 All data, except where noted, comes from users who created a will through Fabric. The total data pool is in the tens of thousands, and all comparative statements have undergone a chi-squared analysis to determine statistical significance. For the data on beneficiary choices among will-creators who don’t have young children, users were screened by those who (1) indicated in their will that they do not have children under age 18; (2) are themselves under age 45, to account for users who may have adult children; (3) applied for Fabric Instant, which provides additional beneficiary detail.